Despite the differences between the vacuum operated vSystem and electronically controlled pump based eSystem the reservoir mounting options are the same. 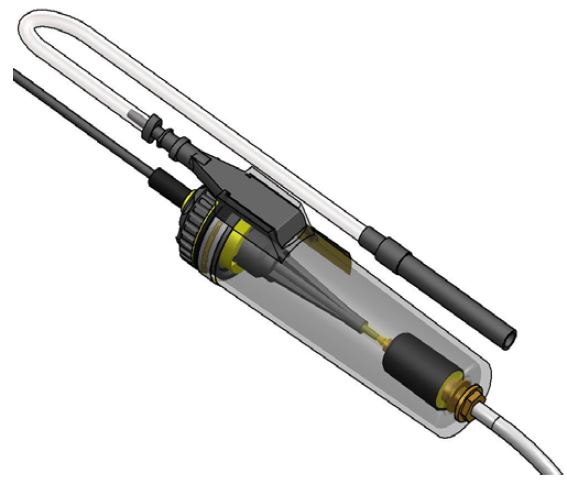 The Scottoiler vSystem is a vacuum operated gravity fed system, the core of which is the Reservoir Metering Valve (RMV).

The RMV should be positioned at least 30cm above the bottom of the rear sprocket in order to give a reasonable gravity head. The RMV can be mounted anywhere between horizontal and vertical, although the more vertical the better. Temperature has a significant effect on oil flow from the RMV so it is critical that you do not fit and forget, with noticeable temperature changes you should check and adjust the flow as required. 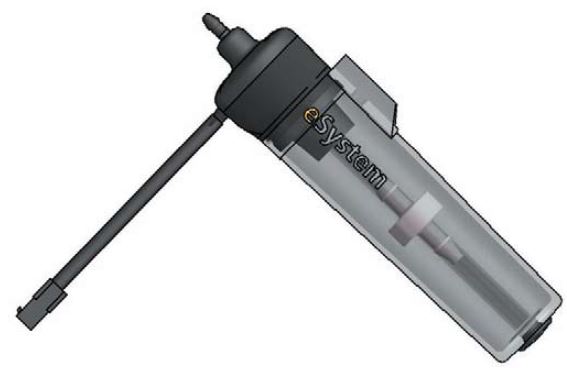 The Scottoiler eSystem uses an electro magnetic piston pump to deliver oil at a user determined rate, independent of gravity head and temperature.

The pump is located in the top of the eSystem reservoir which is known as the Reservoir Electronic Pump (REP). The REP can be mounted between horizontal and vertical however, the spigot on the top of the REP must always be inclined upwards.

Alternatively the spine of the cage can be drilled allowing the cage to be bolted on using an M5 / M6 screw.

Scottoiler do not recommend orientating the RMV or REP across the bike (transversely) as the oil can spill into and block the breather due to the leaning motion of the bike during cornering. This can result in a no flow scenario due to the system becoming air locked.
Attachments
There are no attachments for this article.
Related Articles