What is FS 365 Complete Bike Protector?

FS 365 is water-based, which allows it to travel across the bike when sprayed into all of the difficult nooks and crannies you wouldn’t be able to reach normally.

It’s a blend of mineral oil, surfactant, anti-corrosion additives and the aforementioned water aspect too.

It’s also readily biodegradable too – meaning when you wash/buff it off environmental impact is eased compared to other non-biodegradable substances. 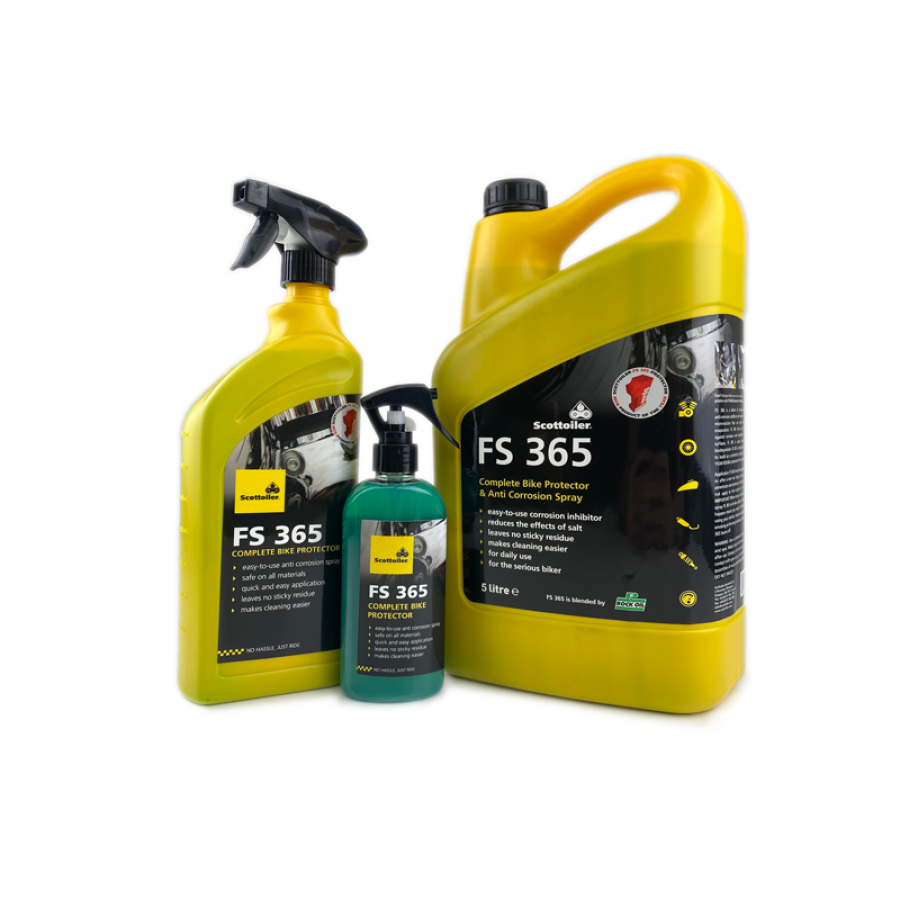 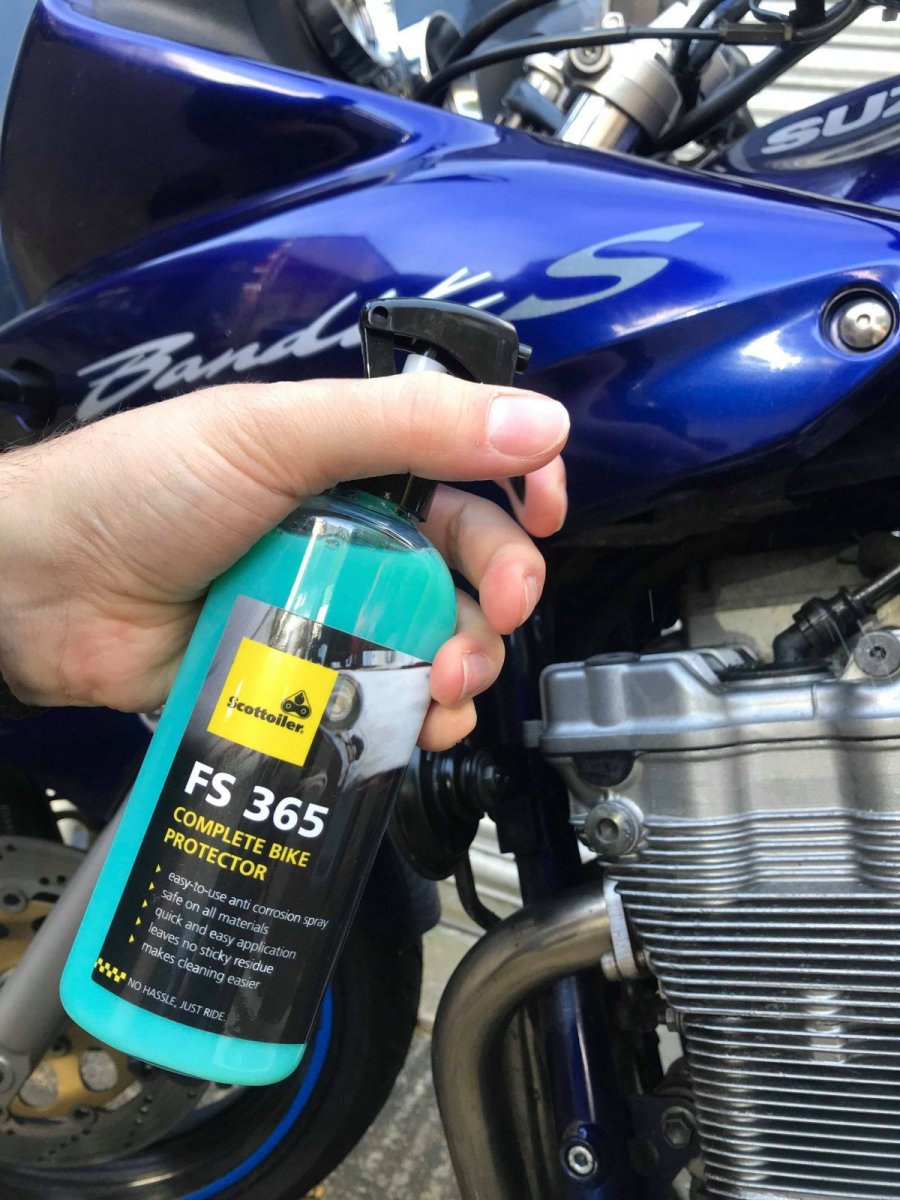 Using the trigger-nozzle, spray all over the bike taking care to avoid brake discs, callipers and tyres, but If you do get FS 365 on any of these simply wash them off with water.

The trigger will create a fine mist for ease of application everywhere. Spray regularly after every ride, or if you leave your bike in storage, spray at regular intervals over time.

What can I spray it on?

It is safe to use on all materials. 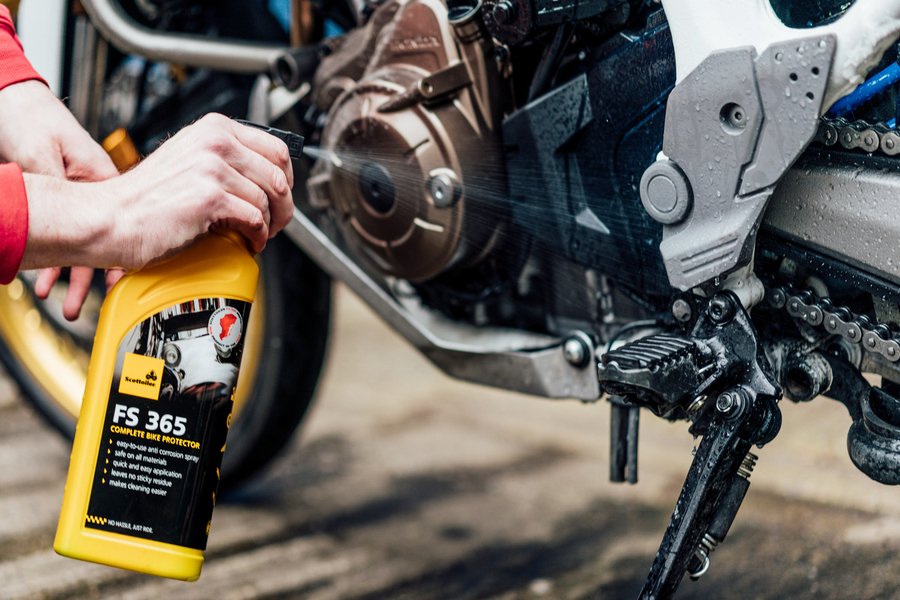 Simply spray it on to plastic, metal, engine components, hoses, carbon fibre and anodised surfaces, as it won’t affect them, only leaving a thin layer of protection which can be buffed up to a nice shine.

The Science bit – how it works:

Scottoiler FS 365 works in a number of ways to reduce corrosion.

Pure water on it’s own will not cause corrosion, however as soon as it comes into contact with the atmosphere it absorbs acidic gases such as carbon dioxide that do.

This is where FS 365 comes in.  FS 365 is formulated using mild alkalis and chemical compounds known as pH buffers that work to balance out the acidic elements.

The process of rusting and oxidising requires water vapour, air and time (salt and heat speed up this process as catalysts to the reaction).

FS 365 acts as a corrosion inhibitor in two further ways:

FS 365 is a blend of mineral oil, surfactant, anti-corrosion additives and water, which forms a stable micro solution.

This forms an effective layer of protection against corrosion, clinging to all surfaces and building up over time with each application.

FS 365 is water soluble and readily biodegradable which further helps when it comes to cleaning as any dirt which sticks to the FS layer is easily washed away.

So, in essence, FS 365 works as a barrier protector as well as disrupting the chemical processes involved in corrosion.

With continued re-application, FS 365 makes cleaning the bike easier and builds up layers of protection.